A downloadable game for Windows

Gather your party and venture forth to the city of Evertide, where invading monsters have risen from the ruins of the old city. Liberate the city block by block as you uncover the mysterious origins of the ancient city and what lies beneath.

This is a small demo of the game in it's early stages of development. Your feedback is appreciated!

Just wanted to say on behalf of PF2e's player base, thank you so much for this project! A lot of people I've spoken to in the community have voiced their interest in a PF2e video game adaptation but lamented that the possibility of one happening was slim, so I really appreciate the fact that you've decided to utilize Pathfinder 2e's ruleset for your project! So on behalf of everyone in the community, thank you! Best of luck in developing this project! I'll be super excited to play it once it's done, and I'd imagine a lot of PF2e's players will be as well!

Didn't want to overload your wall with a whole slew of text but wasn't sure how to offer feedback otherwise. :-S

First things first: REALLY like the game.  ...which is funny because there are definitely a number of things that still need working on but the way that the game seems to be progressing is just excellent.  I actually loved the transition to the more natural environment but still keeping with the grid-based movement and was personally really pleased with actively *seeing* a trap as opposed to it remaining invisible whether you disarm it or not.  Will say that the game froze for me when I entered the cave with a good few kobolds and, I imagine, the little girl?  But maybe the event for that part hasn't been programmed in yet.

Another thing I really enjoyed and that totally surprised me that I enjoyed it was actually the...er...residue from a fight staying behind and effecting the environment.  I mean, icky, yes, and normally I'm not big on lots and lots of blood but it did really marry the top-down and first-person views beautifully. (Also, the way that you implement that combination and the fact that you even have that combination is super cool) I will say though, as excited as I was at first to see my companion standing beside me after a battle, he did kinda sorta keep getting in the way as we explored the rest of the caves.  Might not have been an issue if his giant axe didn't keep covering my view but, yeah, might be best if companions only appear in combat situations.

Game mechanics-wise, I'm kind of unsure.  There's a lot that I really enjoy and the things that I have some issue with honestly might be down to personal taste BUT: the resting only restoring one hit point, I do kinda sorta get it; I imagine that it's meant to replicate D&D rules like a lot of the other mechanics, where one hour equals one hit point, etc., but it does make things a little difficult if you've almost killed yourself bashing down walls and then have to fight soon after.  Also, personally...I've never really been a fan of the Vancian magic system. :-S Totally a personal taste thing but I like characters having a wide variety of spells that they can cast without having to prepare them ahead of time.  But that is very much a personal taste thing and didn't terribly effect my enjoyment of the game.

Just some cosmetic things: wondering if you'll expand the skintones and other color options for the figures, maaaaaaybe offer a nonbinary option (yes, I know, I know, but it is nice for nonbinary people to have that option and was implemented really well in Wildermyth for example [well...I think so but I'm pretty much cisgender so...yeah, nonbinary people might feel otherwise]), and are you really going to go with the OSR "Elf is a class" approach or are you thinking of expanding the character options so you choose a race and a class?

Either way, really enjoyed playing the game and looking very forward to the finished product!

OH!  And maybe implement a 5-foot step so a person can retreat without provoking attacks of opportunity? :-P There might be one in there but the three buttons on the side were missing tooltips so I wasn't entirely sure.

There are certainly some bugs and rough edges in the demo, but a lot has changed since then. I will say that I have replaced the classes with a more traditional Ancestry/Class system, along with picking background and general feats. It's much closer to a modern tabletop RPG now. I liked the "elf as class" as a concept, but it didn't allow a whole lot of build depth. Thanks for the feedback!

If you don't mind me asking (or if this isn't too early in the build to even ask), but what ancestries will you include in the game from PF2e? Will it just be the core? Or will you pick and choose whatever ones fit the theming and setting of Archquest?

Ran across your product page on Steam while I was browsing!

Come over here, checked out the demo, and I am very interested, lots of potential here!!!

As soon as the battle mode mode started I got a big grin on my face and memories of Curse of the Azure Bonds filled my head!

Got Archquest wishlisted on Steam, and I'm looking forward to seeing the progress.

Amazing - Wishlisted on Steam.All the best with the games development !

I love the blend of 1st Person exploration with top down./tactical combat.

I think the beginning is a bit too wizard hostile, lol. Being a single character at the start and being ambushed with rules applying attacks of opportunity to spellcasting means they’ll very likely die to anything. And my character does, a lot. It also doesn’t help that I can’t choose the spells I start off with. Some indication of AOO would be nice, as well as an option to see the grid/full movement range. It just feels oddly constrained as a wizard. (EDIT: Animate Dead before a battle would be incredibly useful for instance.)

This is actually very well done, though. Every piece at play works as it should and the presentation is very polished. Writing is very good, I just think that first impression is fairly negative for certain playstyles.

EDIT (x2): So I rolled a Cleric since I couldn’t progress any further with the Wizard. A lot easier as I thought, and Chill Touch seems to be so much better than acid splash, I only got this far because I got this at the beginning. Something I noticed was because you and enemies can move so far with the AP system, you’ll get forced into melee pretty much every time. This occurred when you meet Sindra later, in which she gets jumped in the fight, tries to cast ranged spells, and dies immediately. Understandably this is coinciding with d20 systems favoring martial from the beginning, but there’s little options at play to make a Wizard’s time easier. Especially since I’m pretty sure you can’t change spells in the dungeon, so this becomes a kind of meat grinder.

I also think being able to turn on outlines at all times would be useful. I think that’s all the impressions I could give, I can’t wait to see where this game goes!

Thanks for playing. You can actually change spells in the dungeon. Just go to your spellbook, change things around, and rest to regain spells. You are right about the AOO's though. The best way to survive right now as a Wizard is to cast Shield and Chill Touch, both of which do not provoke AOO. In the future, there will probably be others to join your party at an early level, and I may possibly add a 5ft step, so it will be less of an issue.

Also, there should be additional info the UI so you know which spells provoke and which ones do not. That is actually a new rule in Pathfinder 2e. IFAIK, this is the first video game to use those rules, and there is still a lot of experimenting with the implementation.

I tried that and it didn’t work for me (in regards to spells). Also the buckler didn’t change the AC values either.

This has a ton of potential! I love how smooth and easy the exploration is and the combat system is quite advanced and easy to use. Keep it up! 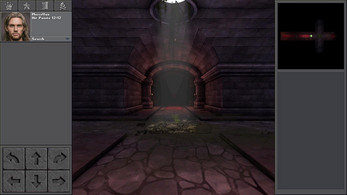 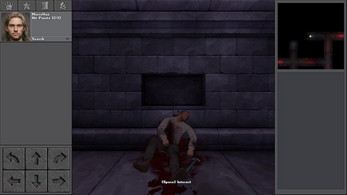 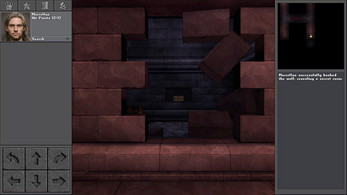 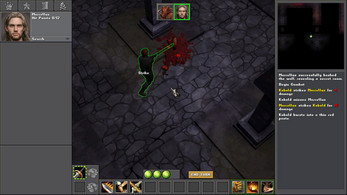 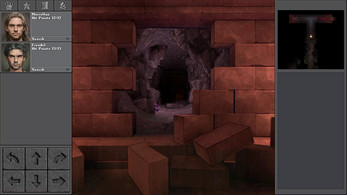 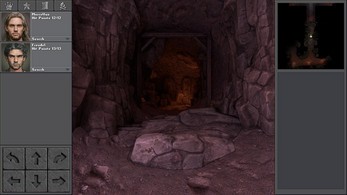 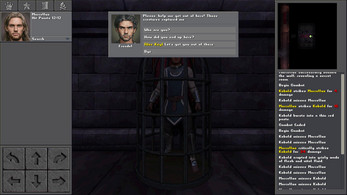